Yesterday I arrived back in my hometown, Meerbeke, where I’m visiting my mom for three days.  It’s been 370 days since my last visit, which is my longest absence in 20 years, and I hope not to repeat such absence during the next 20 years…

Meerbeke was the finish of the Ronde van Vlaanderen for about 40 years, about 300m from our house.  My typical training ride here includes the Muur and Bosberg, the two “hellingen” of the classic finale less than 10km away. But in the last two years, the “new” Ronde finishes in Oudenaerde with a double circuit over the Oude Kwaremont and the Paterberg.  Last year there were, I believe, three ascents of the Paterberg, which closed the race until the last ascent.  This year the organizers did better and we had a great race.  I figured why not go and ride the finale myself?

The gps tracks, at various resolutions and for various devices, can be downloaded for free from here.  My tracks are here on RidewithGps, which is a nice site to make your own routes and upload your rides (also allows you to see your “ranking” on various segments, a la Strava).  The route is confusing if you don’t know the region; my Garmin 710 got confused in Berchem and sent me over De Schelde towards the finish, instead of looping me back onto the Oude Kwaremont. 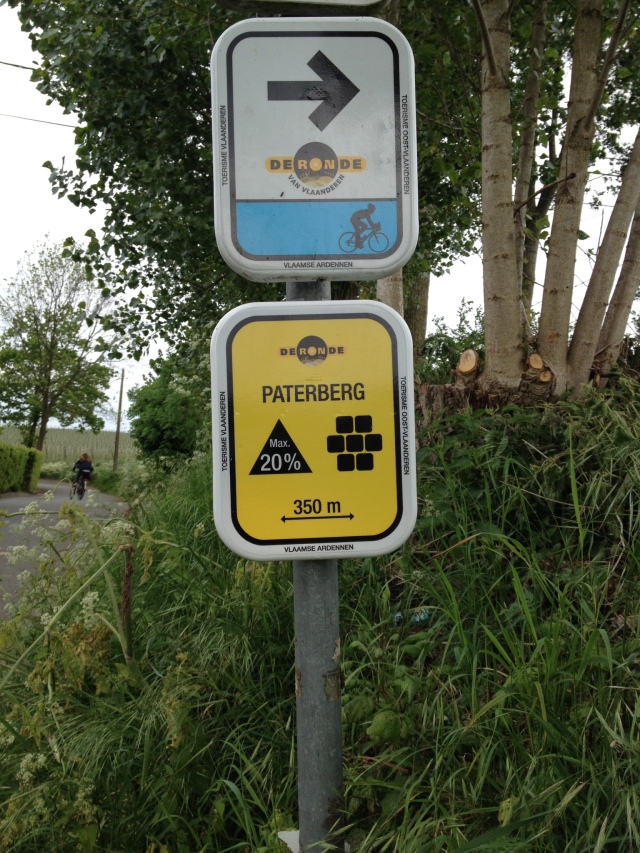 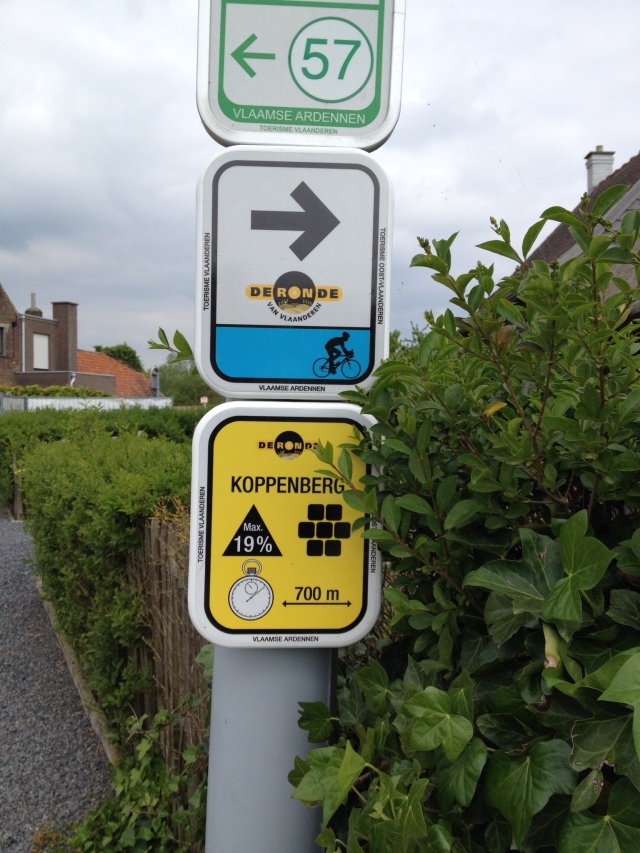 I was “just riding,” not even training, but 20% on cobbles can’t be “just ridden.”  (Many foreign riders think of racing cobbles as romantic, but it’s the opposite: I’ve done only one race in Flanders over cobbles and it’s not something I look forward to repeating.) Every time I summit one of these cobbled, steep climbs I finish with the same thought: I cannot imagine racing these “hellingen” with a pack of 200.  The narrow roads force a funnel race effect towards the climbs if you want to stay in the front, which is paramount if you want to be sure you can ride (instead of walk, as soon as someone slows down), and then you have to do the climb. (Note that the two hardest climbs–Paterberg and Koppenberg–both have very narrow single-lane approach roads and both require a hard 90 degree turn just before the climb.)  Cresting the Paterberg’s steepest point, the point where Cancellara attacked and dropped Sagan in 2013, just makes a deep impression of the immense power of these classic riders. Hardmen!

2 Responses to Solo ride of the Ronde van Vlaanderen finale